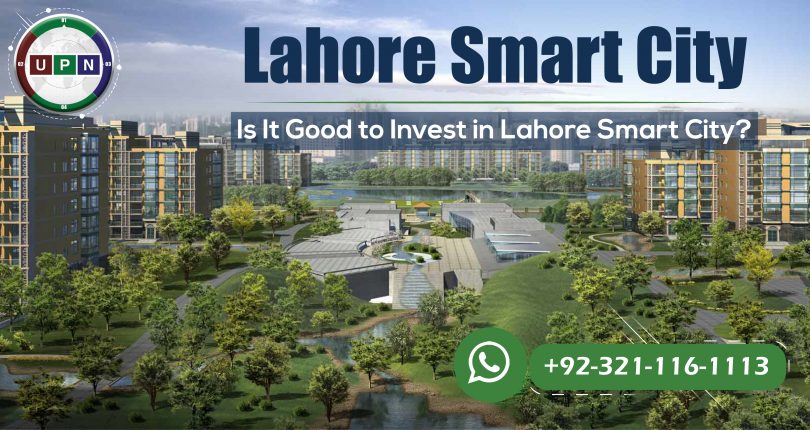 Lahore Smart City is launch a year ago but has rapidly grown as one of the top housing projects in Pakistan. Perfectly planned, it’s a modern housing venture with all the smart features and smart facilities of the smart housing societies of the world. Developing at the prime location of Lahore, it is a project by the leading real estate developers of Pakistan. Moreover, it is offering a wide range of properties, currently available at attractive prices. This society is featuring heart-winning features that are impossible to ignore. But still, many people find the reason to invest in Lahore Smart City. They usually ask, “Is it good to invest in Lahore Smart City?” Let’s find the answer!

Lahore Smart City is a project by Habib Rafiq Pvt. Ltd. and Future Development Holdings. Habib Rafiq Group has first launch Capital Smart City but later collaborated with FDH for the incredible development of smart cities in Pakistan. Both these companies are known for their extraordinary developments and excellent work in the real estate and construction sector. Habib Rafiq Group has completed its construction tasks of Bahria Town and DHA Housing Societies in the past. Also, they remain involved in government developments such as Metro Bus Station and Orange Line Train.

This society attracts buyers and investors for so many reasons. It features unmatchable amenities and luxuries, making it the best among others. However, one of the most significant features of Lahore Smart City is self-sustainability. It means all of its residents will find jobs inside Lahore Smart City. Its residents do not need to go outside for work as several big commercial projects, mega malls, and mega-developments will be developed inside.

There will be a metro train, several schools, hospitals, cash and carry services, and much more. So, once the project develops, people living inside will enjoy the maximum benefits of investment in Lahore Smart City.

The development work of Lahore Smart City is started so far. This project is developing at the fastest pace of development. Expert engineers, hardworking labor, and heavy machinery are working day and night at the site of Lahore Smart City. Undoubtedly, it’s one of the top housing societies where the development work moves on at such an impressive pace. All the teams collectively work on developing main boulevards, main entrances, and land leveling work.

Lahore Smart City has launched several plots deals offering the best residential plots. All these plots are available in easy installments. However, its developers have a claim to hand over the possession of plots before the completion of payment plans. We are in full hope that Lahore Smart City’s developers will fulfill their commitments.

So, all are the top reasons to invest in Lahore Smart City, which makes it a good and beneficial investment in Lahore!

The wait is over and the time has come! Lahore Smart City Balloting Announced. It’s the most...

Invest in the First Digital City of Lahore – Life-Changing Opportunity!

Want to invest in the best housing society? Then choose Lahore Smart City, which is the first...