There is good news for all those files holders who could not pay their due installments on time. Fazaia Housing Scheme has announced 100% waive off of late payment surcharge on installments for all customers. All those who have not submitted their installments yet are directed to pay it till 14th September without any surcharge. However in case of non-payment of due installments surcharge will be applicable after the mentioned date. The administration has given this offer to customers for ease in paying their pending installments without any additional charges. 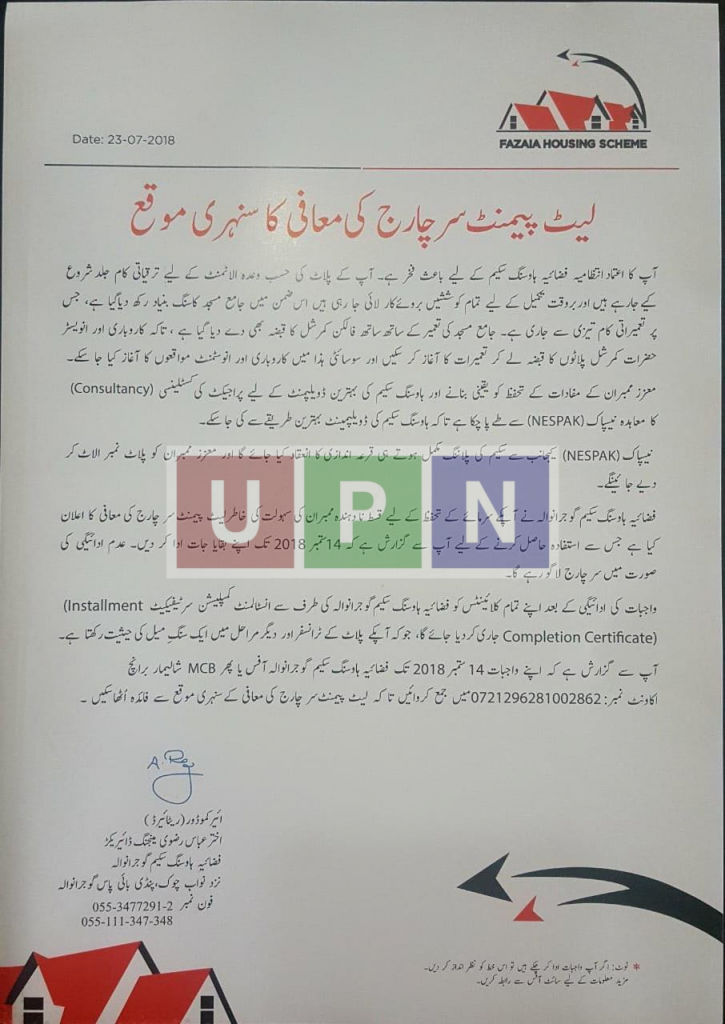 After paying due installments, Fazaia Housing Scheme Gujranwala will issue Installment Completion Certificate in name of file holder. This certificate is key for plot transfer and other procedures in future.

For development, it has signed a contract with reputed firm National Engineering Services Pakistan (NESPAK) for project consultancy.

As soon as the town planning gets completed by NESPAK, the balloting of Fazaia Housing Scheme Gujranwala will be held. This will be a huge milestone for the project which will bring more investments in future. We can also expect a rise in its plots prices with progress of development work and balloting update.

Fazaia Housing Scheme is among the most popular and attractive housing societies Lahore. First...

Fazaia Housing Scheme Lahore is one of the most renowned housing societies. It was first developed...

Fazaia Housing Gujranwala has successfully conducted the balloting for the allocation of plots...