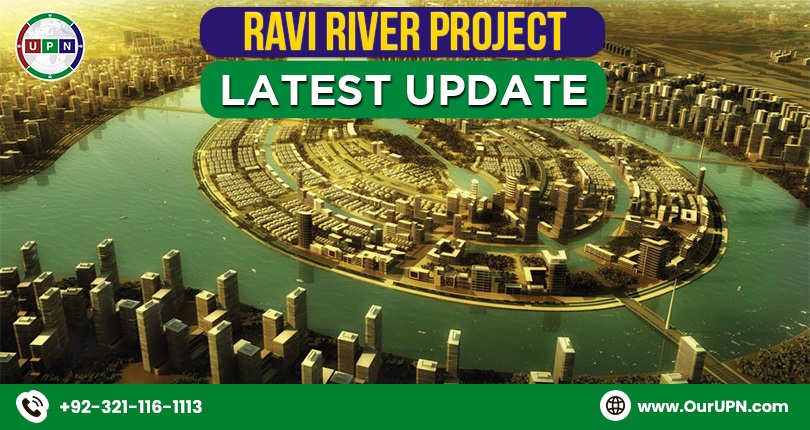 Ravi River Project declares illegal by the Lahore High Court on Tuesday, 25th January 2022. On announcing the verdict on the petitions against this project, LHC has also passed orders to halt its construction immediately.

This announcement has come against the petitions filed by advocates Sheraz Zaka, Ahmad Rafay Alam and others on behalf of the farmers. These petitions have challenged the mode and manner of the land acquisition proceedings undertaken by the Ravi Urban Development Authority for RRUDP. Further details are:

The court remarked: “Agricultural land can be acquired only when there is a proper legal framework for it, but the land for RRUDP was acquired through a violation of Land Acquisition Act, 1894.”

The mentioned section contradicts Article 144 of the Constitution of Pakistan, it said.

“Lahore and Sheikhupura failed to abide by the law in the land acquisition,” the court added.

Given the observation that Ravi Urban Development Authority’s has failed to fulfil the constitutional requirements directing them to return the money, it had acquired from the government within two months.

What is the Case?

The petitioners’ raises questions that if this project lacked environmental impact assessment, how could it benefit public purpose. Furthermore, they argued that the Ravi River project would divest the farmers of their precious land. Such deprivation violated their fundamental rights.

On this, the Lahore High Court had stayed the land acquisition process by clearing that the legal requirements were not fulfilled accurately.

However, the Punjab government believed that Ravi Urban Authority (amendment) Ordinance 2021 was passed to cover legal delicacies. Therefore, the stay orders granted by the court and the petitions against the project stood pointless.

Stay in touch with Universal Property Network for the latest updates of Ravi River Project. Also, you can contact us for the safe and profitable purchase and sale of properties across Pakistan.

5 Marla Plots for Sale in Lahore

Muhafiz Town is a low-budget housing society in Lahore. Muhafiz Town Lahore is divided into two...

Fazaia Housing Scheme is a premium housing society in Lahore that is divided into two phases, phase...

Q High Street is a newly launched deal of commercial plots in Lahore. It’s a state-of-the-art...